Although the season has just started, both Haddington and Lothian Thistle are tipped to be challenging for the Conference A title at the end of the season. So there was a fair amount of interest when these sides met at Millfield last night. A decent crowd saw Lothian move into a two goal lead mainly due to errors in the home defence. But the Edinburgh sode looked the sharper side with their speedy forwards troubling the home side, who had ‘keeper Dale Cornet to thank for keeping them in the game. A long range effort from Auriemma bought the Hi Hi’s back into it and gave them hope for the second half. Athletic drew level just after the break when Hamish Law neatly volleyed in a pinpoint pass from the impressive Joe Hamill. Haddington enjoyed a spell of superiority but Lothian hit back and only a combination of good goalkeeping and the post and bar prevented them from regaining the lead. However another defensive error allowed Cummings to put Lothian ahead with less than twenty minutes remaining.

To their credit the young Hi Hi’s side kept pushing forward and were denied a stonewall penalty when an Auriemma free kick appeared to be handled on the goal line. Justice was done when skipper Cunningham headed in the resultant corner kick. Lothian may feel that they should have taken the points, but the Hi Hi’s put in a grandstand finish and Thistle ‘keeeper Livvie, twice denied substitute McGarry with fingertip saves before Watson headed narrowly wide of the goal.

A great game for the neutral but maybe not for the supporters!

Haddington travel to Riccarton on Saturday to meet another fancied side, Heriot Watt, in a Conference A match that has a 3.00pm kick off. 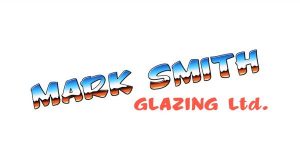 An access token is required to request this resource.

An access token is required to request this resource.